Back to Events
Soft Wax

The D.D.C. Gladdy Wax Special is on Sunday 18th at The Fox and Firkin. Mr. Gladwin Wright, better known as Gladdy Wax, is one of the all time great soundmen and he will be joining us on the decks and the mic, to headline the show. Gladdy has been operating at the forefront of British reggae since reggae began.He started out in Birmingham, on Leisure Sounds, with his brothers. He was associated with some of that city's most revered outfits, bossing the mic.. Since then, he’s operated his own synonymous Soundsystem, appearing at Carnival for well over 35 years consecutively ( as well as elsewhere). He has an awesome collection and selects to entertain. Gladwin Wright is also know as the immortal Mr Vinyl Fingers.

Mid evening we will be graced by a selection from DJ Melvina Moves. Melvina is a well-established figure on the London reggae scene. The vibrant Melvina is the fulcrum of the AfroUtopia sessions and has DJed at nights across town at venues like The Ritzy; she has appeared at various festivals and as far afield as Guyana. She can be relied upon for a scintillating Reggae Revive set, presented with style. Resident Soft Wax will be spinning on the wheels of steel too; expect a carefully selection of classic Ska, Rocksteady and Reggae.

He'll be accompanied by our wicked resident singjay, the melifluous Doc Murdoch. Also on the mic. will be guest singers and instrumentalists led by Tombone. Plus the mighty Prince Fatty will be manning the controls throughout the evening, ensuring a full and rich sound. We will also be introducing the Lewisham Rebel Music Map, live and direct, in the glorious garden. Come on down, put on your dancing shoes and surrender to the rhythm. 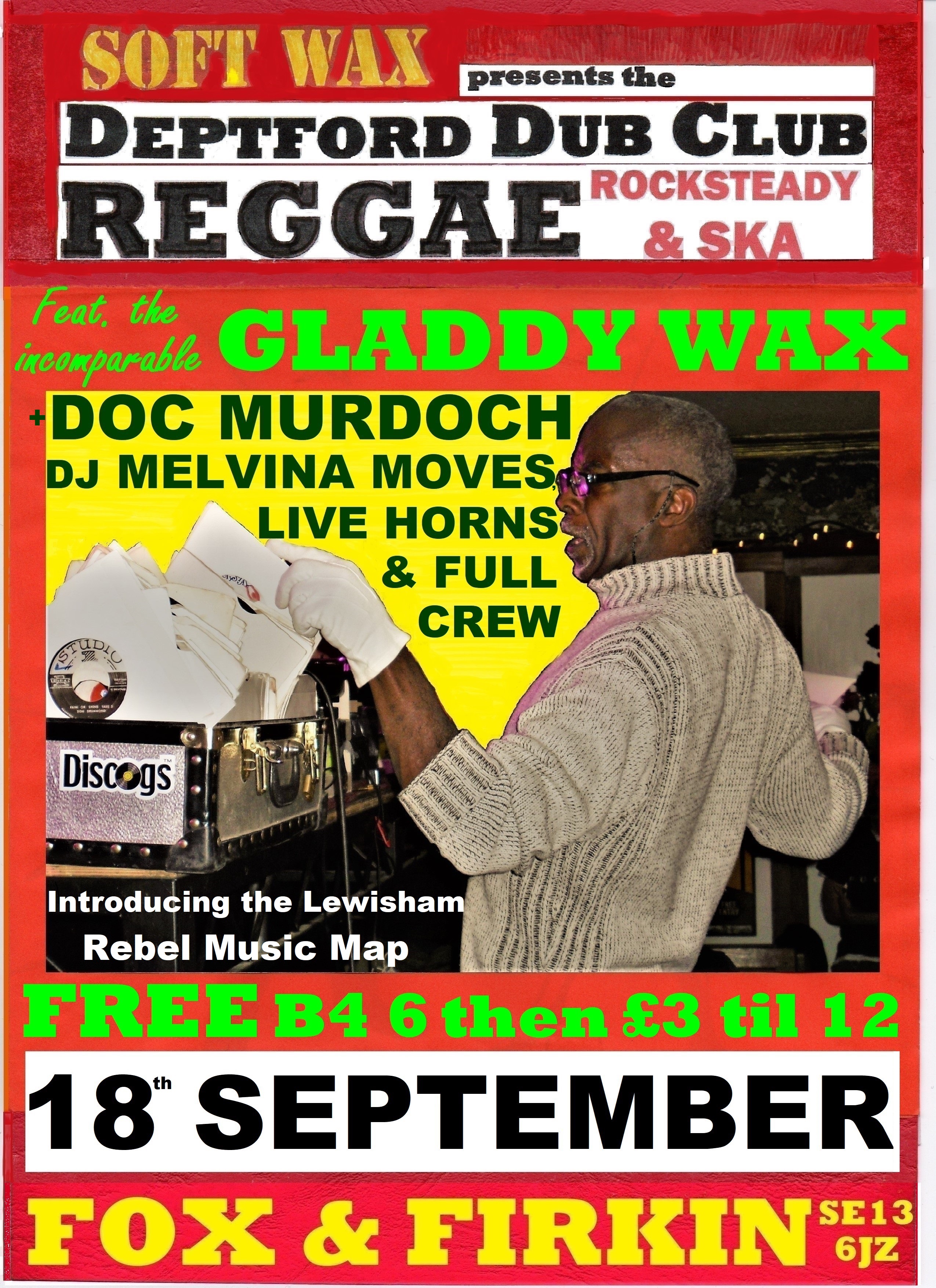