Back to Events
Deptford Dub Club

The Deptford Dub Club, @ The Fox, on the 21st, features a one away hook-up with the great Soul Jazz Records, who’ll be starting the show in the garden. Later, indoors, the D.D.C. will showcase a feast of talent, headlined by Tessa Pollitt. She’ll be spinning 100% Roots and Culture Reggae in Soundsystem style. Tessa was the bassie throughout the career of The Slits, who’s seminal 70s LP “The Cut” was produced by Dub-master Dennis Bovell. Tessa draws from a deep love of the music and selects from a mighty collection, mostly amassed back in the day.

Another of our amigos, Danny Dread, ( also known as Ras Danny Mosiah,) will be putting the needle to the groove on the wheels of steel too, to close the show. Danny will need no introduction to regulars at The Deptford Dub Club, as he is a stalwart. He’s more widely known through his work with the Jah Shaka Soundsystem, over many years. His sets are always wicked. Resident selector, Soft Wax, will also be spinning, to warm proceedings up inside.

There will be the usual instrumental and vocal accompaniments, live and direct on the mic., throughout the evening. Our resident singjay, the mighty Doc Murdoch will be MCing throughout and Tessa will be accompanied by very special guests, including a fresh, a new horns crew, led by Tombone. Waxy will also be on SoundFX during Tessa’s set. Throughout the evening the great Prince Fatty will be on the desk, ensuring a rich, full and deep sound from the Soundsystem. Come on down and warm-up for Carnival. 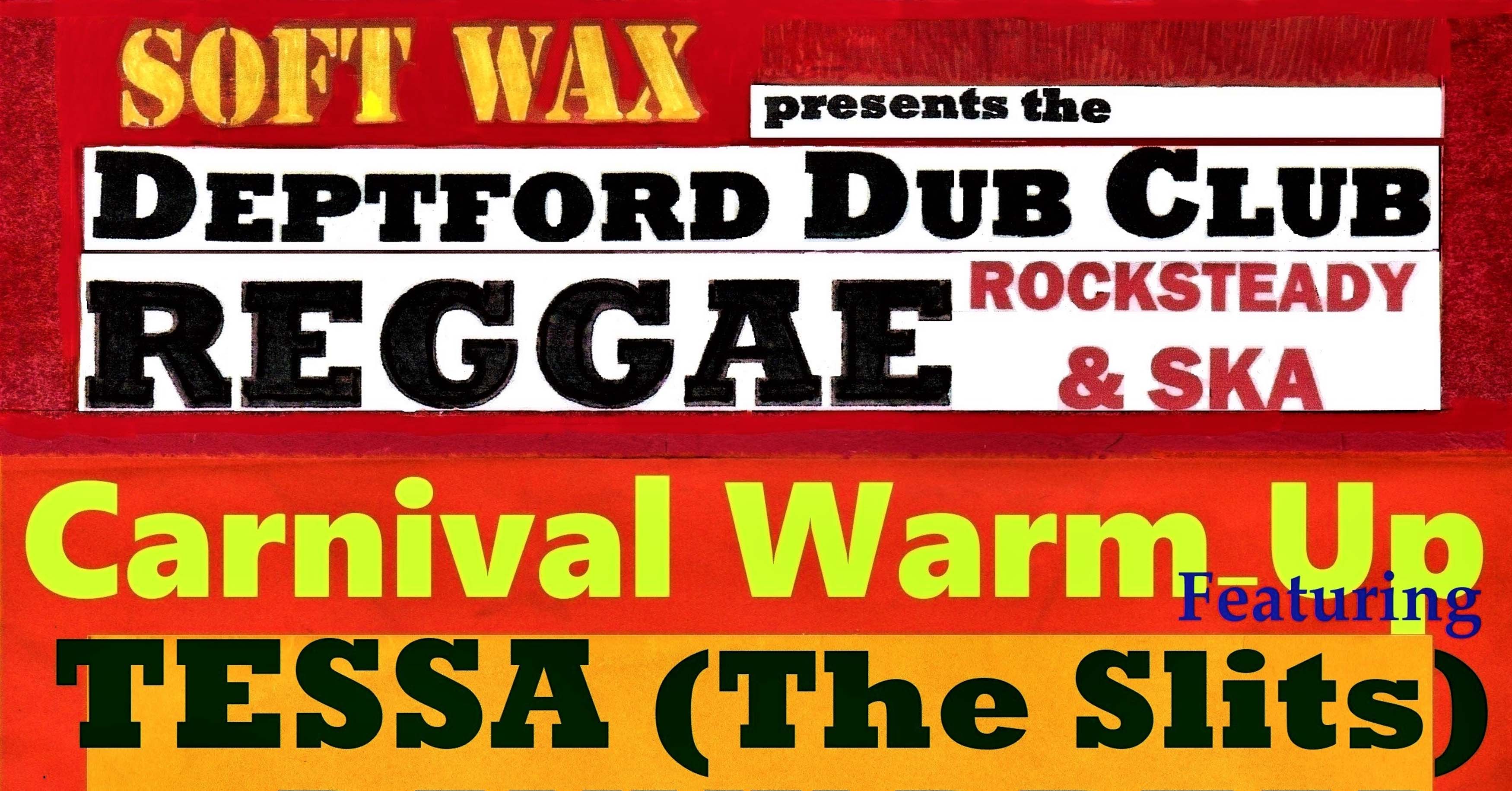