Back to Events
FDE Events Presents

How can you measure everything in life? Check the name of Avant-Pop Hackney-hailed rising collective, GRAMN. for a clue.

Working as a backing vocalist for Iggy Azalea at the age of 18, it wasn’t until precocious lead vocalist Aux starting working exclusively with boundary-pushing producers and multi-instrumentalists James Lowe and Johnny Tomlinson, that GRAMN. was born. Using their music to measure out raw and often harsh truths, but to a beat, so it’s a bop.

Inspired by a melting pot of influences – from Destiny’s Child to Kendrick Lamar and contemporary provocateurs such as Tiera Whack – listeners are transported somewhere new and untraversed.

Buoyant hip-hop beats, tightly-wound R&B and jazz melodies, mellifluous rap and neo-soul merge for a body-winding listening experience, but also a lifeline in difficult times. Sharing stories on racism, domestic abuse, family, love, and Aux’s own struggles with mental health, this outspoken and honest candour is central to GRAMN.’s essence.

Prolific in their output over the last two years, GRAMN. have built a cult fanbase and significant critical attention across three EPs: MEDIUMN, MinimumN and KillaGRAMN. drawing support from the likes of COMPLEX, WONDERLAND, GUAP, GAL-DEM, Rebecca Judd (Apple Music) and THE BLUES PROJECT and BBC R1 and R1Xtra.

As enigmatic all-around creatives, GRAMN.’s self-expression shines through in more than the music, with singer Aux designing her own clothing for the avant-garde music video for “Minimum”. But it’s the live shows where this really shines, selling out headline shows at Dalston bolthole Servant Jazz Quarters and later The Glove that Fits – think raucous crowds, overflowing in kinetic excitement onto the stage.

Looking ahead to an exhilarating first chapter, GRAMN. is the Hackney tour de force breaking new ground – and their trajectory this year is up, and fast. 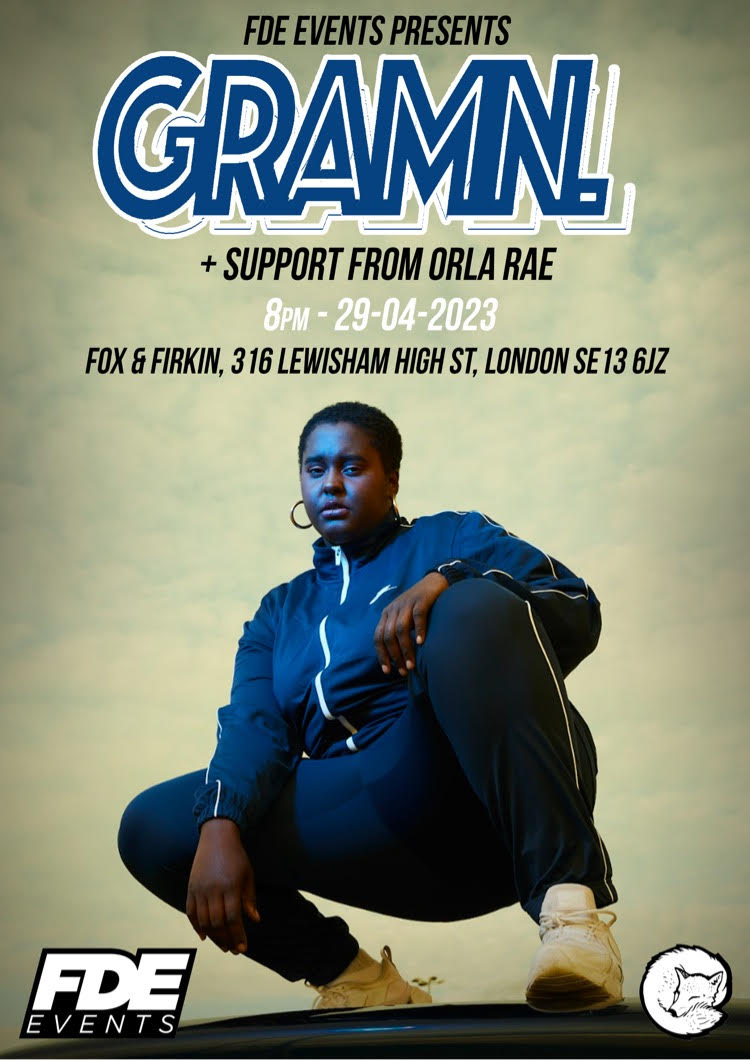