Back to Events
Goodtown Promotions

RAT PACK a duo formed by DJ Lipmaster Mark & MC Evenson Allen who joined forces back in 1985 at the birth of the warehouse/rave scene and are still standing strong 25 years later.

London based DJ and producer, a mainstay of the Worldwide Rave Scene since the early nineties - DJ APHRODITE

Dance and electronic legend,  DJing in its most vivid, creative and versatile form - JEROME HILL

MARTIN LIBERTY LARNER - true veteran of the UK House & Garage scene, Since 1994 he has been pushing the sound and breaking new tunes. 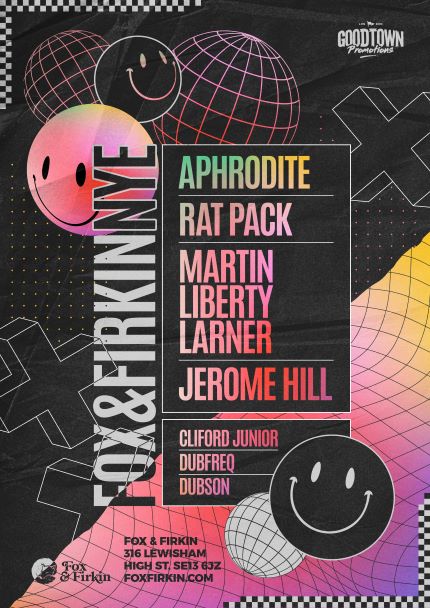