Back to Events
Goodtown Promotions

We are delighted to present this event featuring UK Asian musicians that bring their  innovative and pioneer sonic motions, merging and fusing! We welcome:

Panjabi MC is an International music producer and DJ born in the UK. He is well known worldwide as a pioneer in the global popularisation of traditional Punjabi music, merged with hip hop, R&B & dance.

His most famous record ‘Mundian To Bach Ke’ charted Top Ten in most countries around the world.

Early innovator in the marriage of West Indian and Asian styles within the UK music scene. He is best known in the UK for the song "Boom Shack-A-Lak", which reached the top ten during August 1993, and made it out to Hollywood movies.

She’s the youngest of the BBC Asian Network crew, with an open mind and a great ear for music from all cultural backgrounds and genres, Kizzi has the skills to bring tracks together in unexpected ways.

Mera Bhai is resident on Worldwide FM with Daytimers: Rethinking The Asian Underground. His worldly influence seeps into his unique take on dance music. Hard to pin down, Mera Bhai is centred on a musical balance, taking influence from Carnatic to Tropicalia and Disco, with a heavy dose of Acid House, Detroit techno and breaks on top. 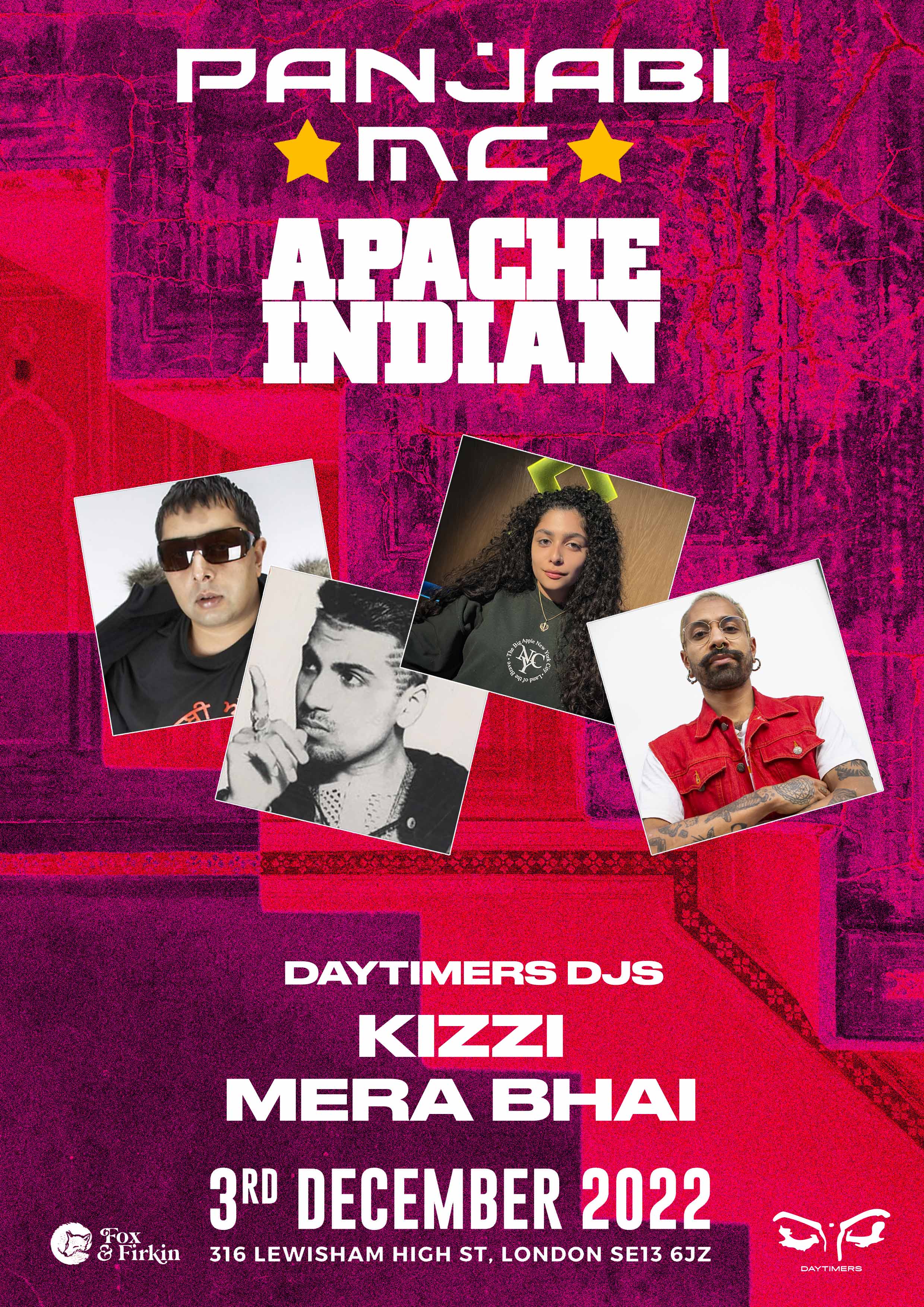