Playing a mixture of Disco, Boogie, Classic House and more; come on down to see DJ Andy Smith (Portishead) and Nick Halkes evoking the spirit of legendary NYC clubs such as Paradise Garage and Studio 54.

The Fox and Firkin will be fully decked out with disco gear – just enough to help you shine on the dancefloor!

More on Reach Up:

DJ Andy Smith and Nick Halkes (aka Nick Reach Up) drop 80s disco, boogie and proto house,evoking the spirit of legendary NYC clubs such as Paradise Garage and Studio 54. They’ll dip into the rich soundtrack that emerged as the 70s turned into the 80s forming the DNA of today’s club music and mesh the set with the freshest productions, remixes and re-edits that they have sourced or can find!

As schooldays best friends Andy and Nick ran a mobile disco together and hunted for bargain 12 inch vinyl in their childhood home town of Portishead near Bristol. At this point they had no idea that Andy would supply beats and tour the world with Portishead before becoming one of the top 100 djs in the world nor that Nick would go on to set up the XL and Positiva labels becoming one of the UKs most respected dance and electronic music industry executives.

Reach Up launched more than five years ago at London basement venue The Waiting Rooms and soon after appeared at Carl Cox’s night at Space, Ibiza where they played for three seasons on the bounce and then also began packing out their monthly London residency at Peckham’s South London Soul Train (hosted at the legendary Bussey Building).The chaps 2018 Summer festival tourtook in Bestival, Boardmasters, Eastern Electrics, Kendall Calling, Bluedot and an 8 hour take over at Festival No6. 2019 and 2020 saw them spread the goodvibes in Lisbon, Berlin and back out on the festival circuit at Shindig, Beautiful Days and beyond.

Despite knowing each other for decades, maybe this is still just the start for Nick and Andy’s Reach Up Disco Wonderland adventure?! 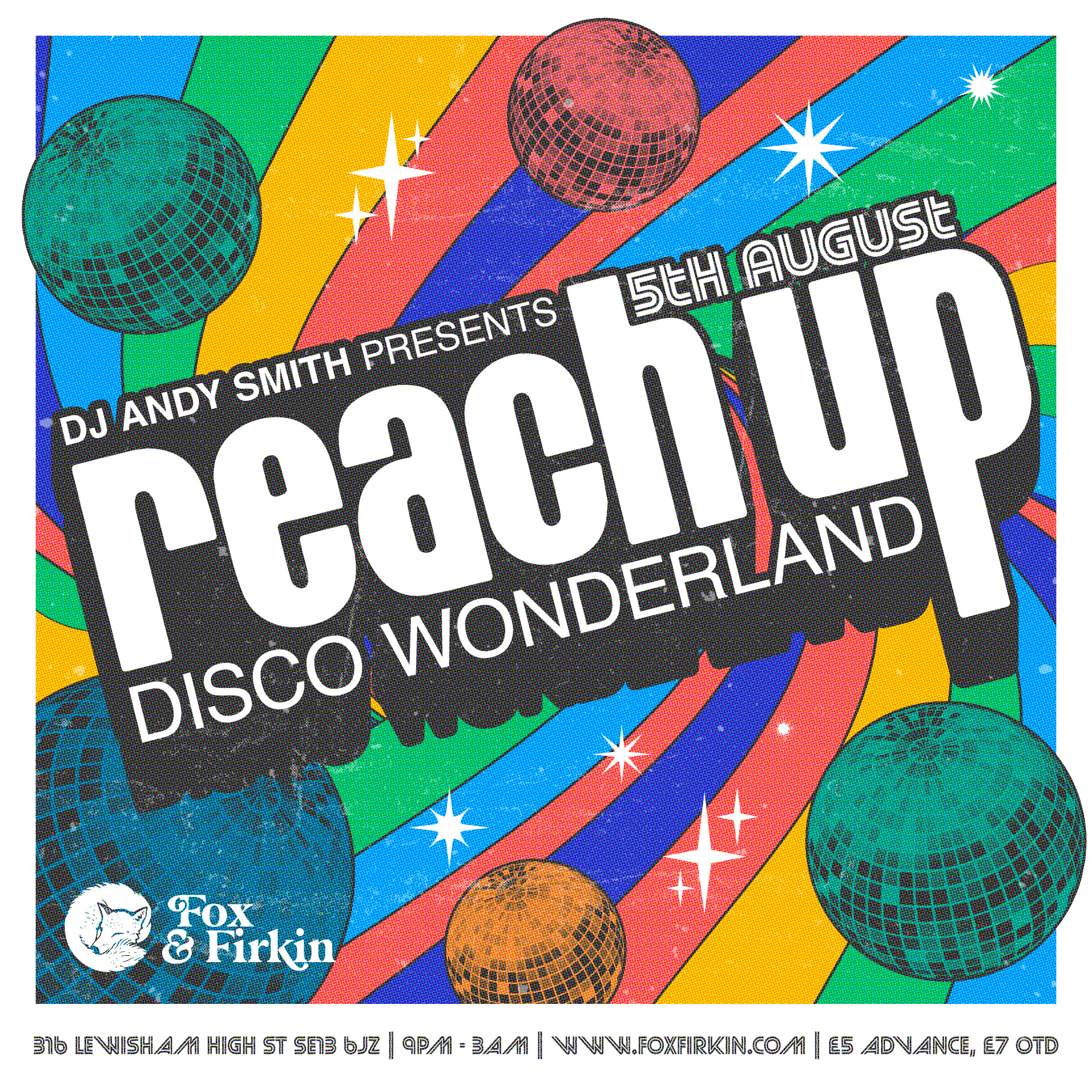