Back to Events
Cigarette Record Presents

After a string of Sold Out Parties at Beckenham Place Mansion pre pandemic we’re back bigger and better than ever with our most impressive line up to date in the amazing Fox and Firkin.

ZED BIAS
We are super excited to have the legendary OG himself joining us for this event.
Where do we even start describing a don like Zed Bias?!
Dave Jones, better known as ZED BIAS, is a MOBO-nominated music producer, arranger, remixer, guest lecturer, and DJ, based in Manchester, UK, best known for his single “Neighbourhood.”
Zed’s extensive career as a producer has long cemented his position in the UK’s underground.
Garage Legend and Bass music master, including releases on LockedOn, Swamp81 and most recently Exit Records.
Enlisted on remixing duties for a huge number of well known artists, including the likes of Whitney Houston, Missy Elliot, MJ Cole, Sticky, Tubby T, Roy Davis Jr, Gabrielle, Joey Negro, Omar, The Streets, Disclosure, Jessie Ware, Rita Ora, Example, Chase and Status, Ms Dynamite, Mary J Blige, De la soul, Karen Harding, DJ Zinc, the list goes on…

Always a pleasure to have DJ FAST down. Starting his career in Brooklyn with the Fun Lovin’ Criminals who went on to multi platinum selling Legend status. He brings down his golden box of 7″ wonders to lay down some grooves.

With a release on Shogun Audio Jackkyyy boy is smashing it! Expect to hear another stomper of a b2b with South London Bedroom Orchestra closing up the night with DNB and Jungle selections!

Laurence is as an underground house and techno DJ from South London who has the capacity to weave a myriad of sounds and sub-genres from the late 80s to contemporary releases.
An underlying passion for jazz, reggae and funk leads his sound on a deep and soulful route through underground dance music. A love of obscurity and danceability underpins this.
Laurence runs Ooz label + brand, resident at Palace Vinyl and has worked for Cigarette Records for a number of years.

Our Biggest Line up to date! 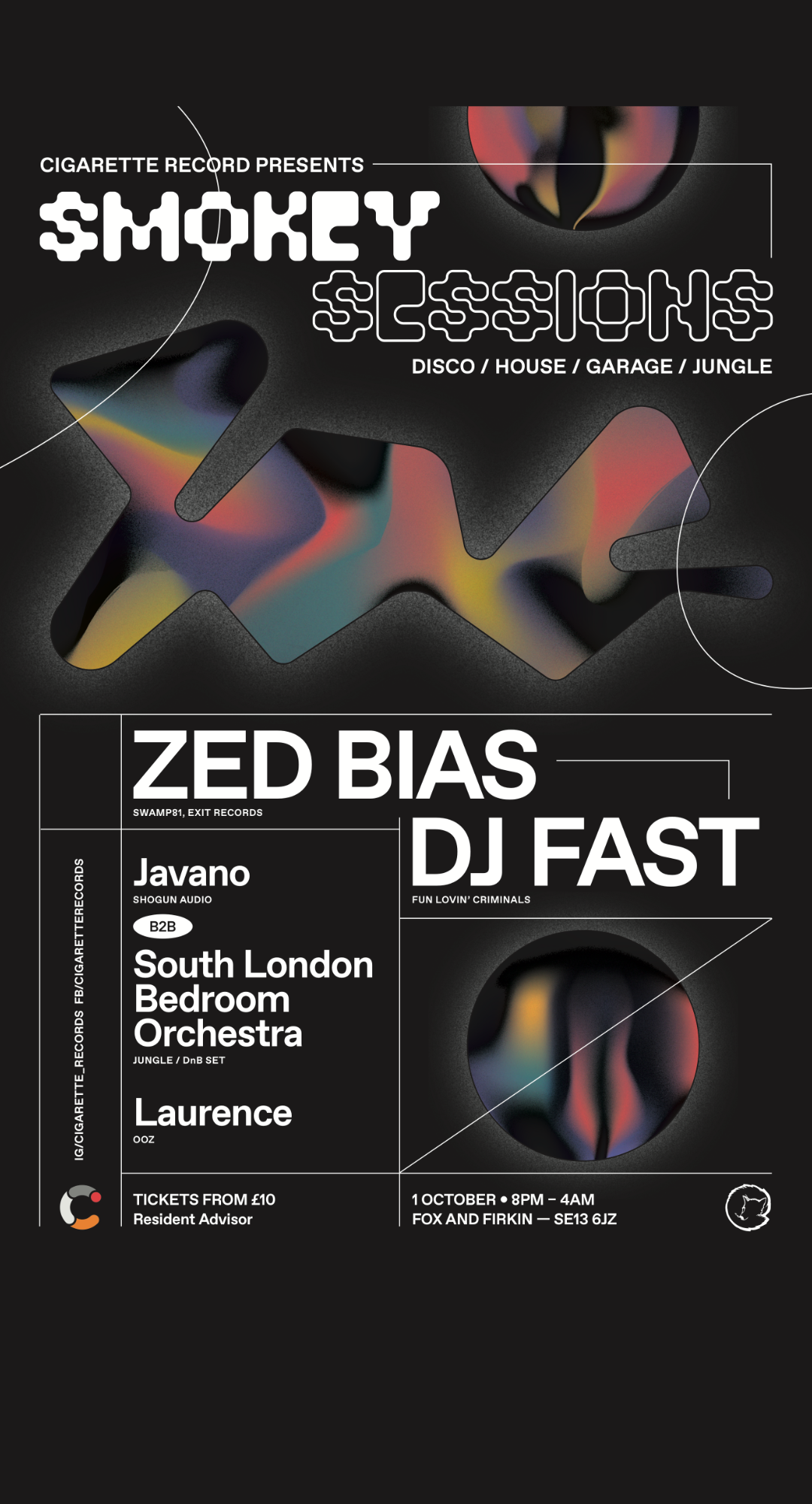