Back to Events
Routes Music

THE SLAMBOVIAN CIRCUS OF DREAMS

The Slambovian Circus of Dreams

A rootsy rockin’ psychedelica, the Slambovian Circus of Dreams has been expanding the borders of the Americana genre with their fantastic stories and performance since forming Sleepy Hollow, New York.

Touring the UK this summer, the band’s return to The Stables is much anticipated with their just-released new album, “A Very Unusual Head”.

Their connection with audiences taps into a greater human-ness and captivates. Joined onstage by bandmates Tink Lloyd (accordion, cello, mandolin, flute) and the guitar-slinging skills of Sharkey McEwen, the Slambovians create a show that is constantly evolving “with a little help from their friends”. 2022’s line-up includes RJ MacCarthaigh (bass, keys, sax), and Matthew Abourezk (drums).
Elements of Dylan, Bowie, Incredible String Band, Syd Barrett, and The Waterboys flavor the musical mix (Waterboys founding member Anthony Thistlethwaite appears on the new album). Add a good dose of Woodstock-era psychedelia framed in solid songwriting, and you have it.

“The cool end of Americana” – Maverick Magazine, UK
“They take the stage by storm!” – NY Times
“9 out of 10 – Love at first spin!” – Americana UK
“They’re not just a band. That’s like saying the Bible is just a book.”
– Fairfield County Weekly
“Longo is an awesome songwriter” – Garth Hudson, The Band
“Great songs and a whole lotta heart” – Meg Griffin, SiriusXM
“Simply one of the finest American bands” – All Music 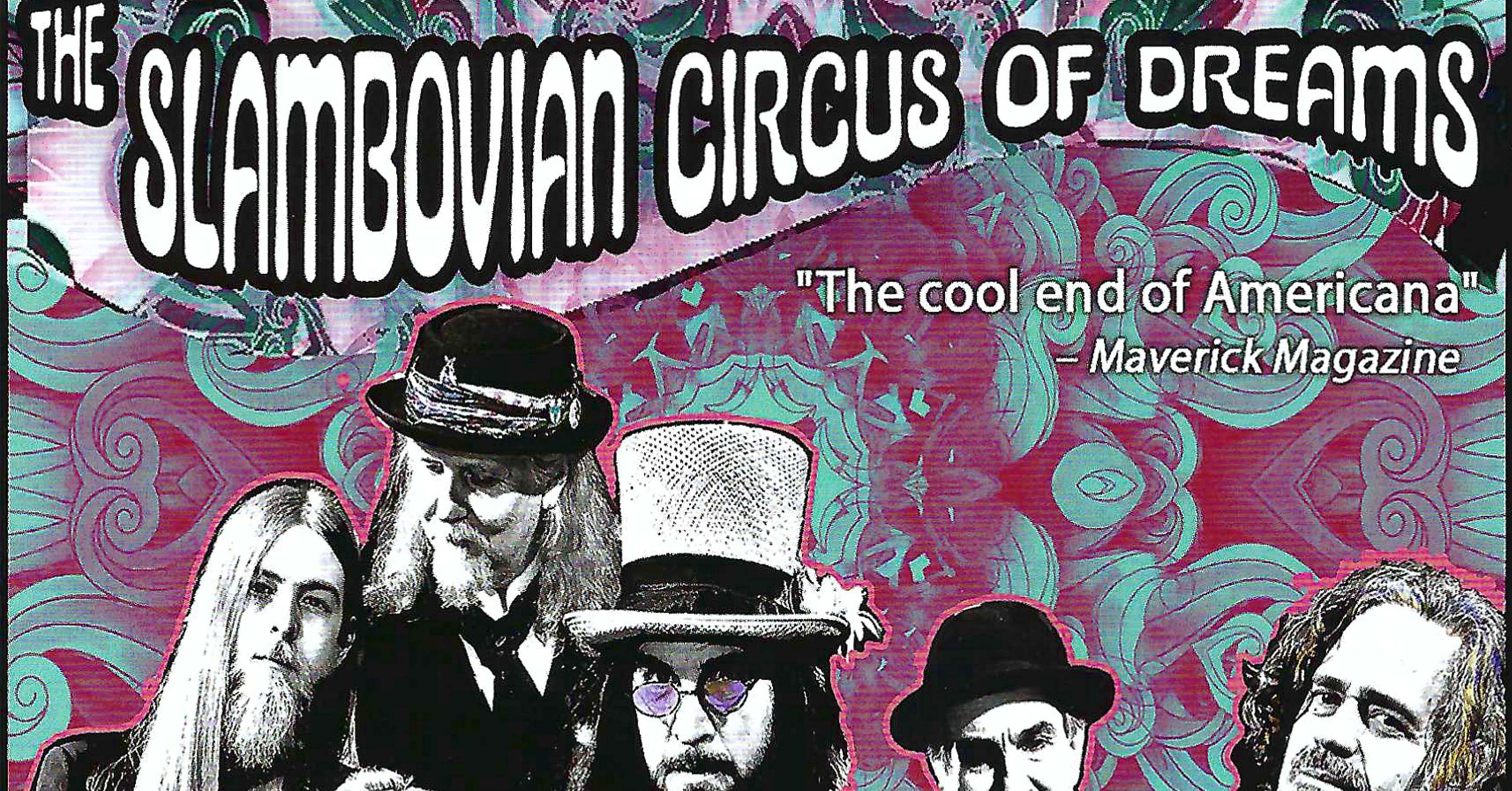